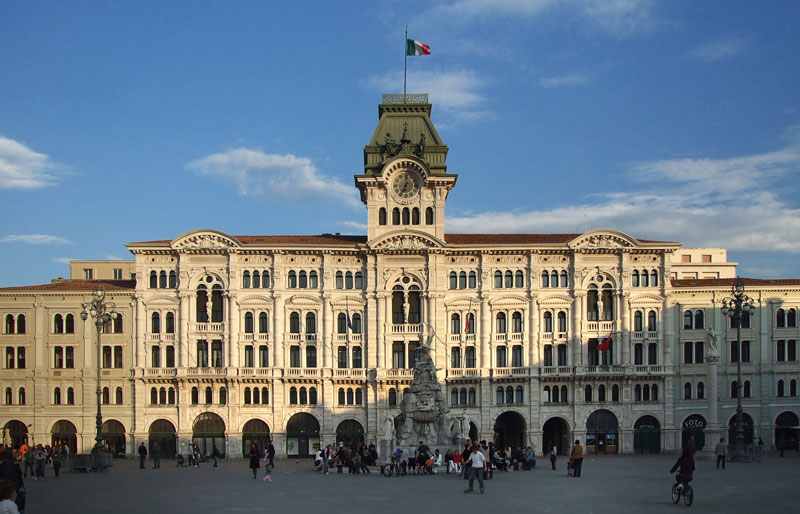 After the burying of the Mandracchio between 1858 and 1863 came forward different proposals for the reset of the square substantially all referable to two models: that of an unique square open to the sea and that with the square divided in two parts by the Municipal palace. After prevailed the idea of an unique square open to the sea with the lined up buildings at the sides and the municipal building located at the internal base. Thus on this front there were seven buildings: the city council proceed to the purchasing of the private houses. Two concourses were published for the project of the city hall in the end was chosen the project of the architect Giuseppe Bruni. Bruni transformed the front of the palaces in an unique monumental building centralized around a tower evocating different architectonical patterns, summarizing the decoration and the monumentality of the surrounding area. The façade recalls different languages, it is affected by the climate of the eclecticism. 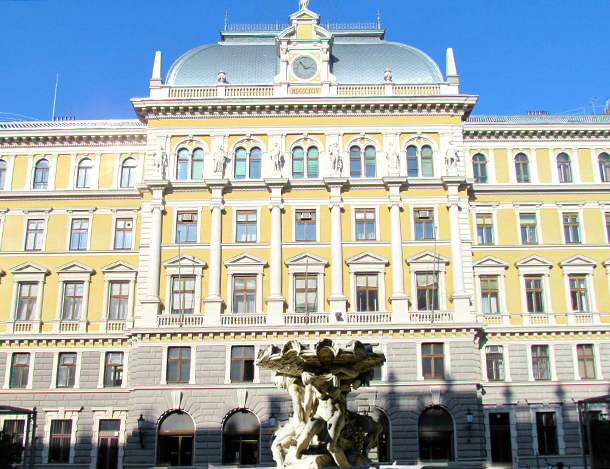 It was built between 1890 and 1894 by the architect Friederich Setz. The palace disposed on rectangular area of almost 7.100 square meters, was devised since the beginning to guest both the post and telegraph offices and those of the finance, for this reason inside it is structured into two different areas each of 3500 square meters. The building presents six ionic order giant columns punctuated by six statues representing the Navigation, The Railway, the Trade, the Viticulture, the Agriculture, and the Industry. Crowning the central part of the façade there is a big truncated dome cupola with curved and converging edges, at the centre of which there is a dormer window delimited by two herms and with a round opening in which stays a clock

The Gopcevich Palace was realized by the architect Giovanni Berlam in 1850, this palace represents the most interesting exception to the neoclassical style predominating in the buildings of Trieste of that period. The façade reflects the taste and the culture of the Romanticism to which participated the owner of the Spiridione Gopcevich house. Four sculptures representing the heroes of the Kosovo battle (1389), between Serbs and Ottomans enrich the façade