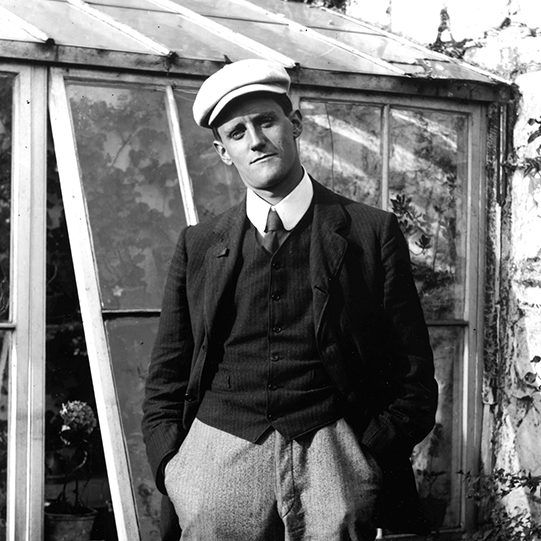 James Augusta Aloysius Joyce was born in 1882 in Dublin to a Catholic middle-class family. After attending the Jesuit Clongowes Wood College, he got a university degree in Italian and French and moved to Paris to study medicine. Here he found the lectures held in French too difficult to understand and he experienced some financial difficulties, so he decided to interrupt his studies and to return to Dublin.
In 1904 he attempted to publish Portrait of an artist, the essay-story that would later become Stephen Hero, followed by Portrait of the artist as a young man and the first poems of the collection Chamber Music.

Joyce left Dublin, that he found intolerably suffocating and provincial, with Nora Barnacle, whom he had met only a few months earlier and who would become his wife in 1931. The two moved to Trieste after learning that a teaching post was available at the Berlitz School, but when they arrived the position was not available. However Joyce was sent to the Pula branch that had opened in the Istrian Peninsula, but in March 1905 all foreigners were expelled for fears of counterespionage. Joyce returned to Trieste, where he was hired by the Berlitz School and where he entered one of the richest phases of his literary production.
While in Trieste Joyce completed Dubliners, a collection of short stories; he published a second version of his poems collection Chamber Music, he wrote the autobiographical poem in prose Giacomo Joyce and he started to work on a theater play, Exiles, and on the novel Ulysses that would bring him international fame.

His affinity and friendship with Italo Svevo (born Ettore Schmitz and defined by Joyce as a “neglected writer”) would prove very significant: the two met in 1907 when Svevo, who was travelling to London to attend to the Veneziani family business, was looking for an English teacher. Svevo is regarded as one of the models for Leopold Bloom, particularly in his Jewish aspects. Joyce was also inspired by Svevo’s wife, Livia Veneziani, and he referred to her long tawny mane when describing the water flowing in the river Liffey, that runs through Dublin, in Anna Livia Plurabelle, one of the chapters of Finnegans Wake.

During World War I Joyce moved to Zurich where he completed Exiles and he continued to work on Ulysses. Eager to return to Trieste, Joyce came back in 1919 but he was disappointed by the new Italian administration and nine months later he moved to Paris where he would remain for the next twenty years.
In 1922 he started writing Work in progress that would later be titled Finnegans Wake, the work that would take up sixteen years of his life. James Joyce is buried in Zurich, where he died in 1941 after fleeing Paris and the approaching Nazi troops. 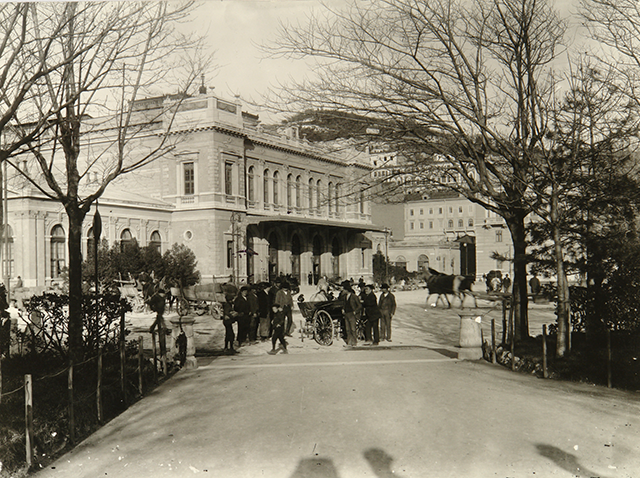 When Joyce and Nora arrived in Trieste on 20 October 1904, he left Nora in the gardens outside the train station to find an accommodation for the night. Once in piazza Grande (today piazza dell’Unità d’Italia) he was caught up in a brawl with drunken English sailors in a bar and was arrested by the police. He was released a few hours later thanks to the English consul and he finally rejoined Nora in the square outside the station.

The windows of this apartment opened onto the market in the square below and the canal where sailing boats landed to unload goods coming from Istria and the Veneto region. Joyce lived here briefly after returning from Pula, from the first week of March to early April 1905.

It is here that Joyce wrote some of the short stories for Dubliners and Stephen Hero and that his son George was born on 27 July.

Joyce lived here with his family and his brother Stanislaus together with his colleague from the Berlitz School Alessandro Francini Bruni, his wife Clotilde and their son Daniele.

In the few months when Joyce and Nora lived in this apartment their daughter Lucia was born and Joyce fell seriously ill. He also rewrote Stephen Hero. 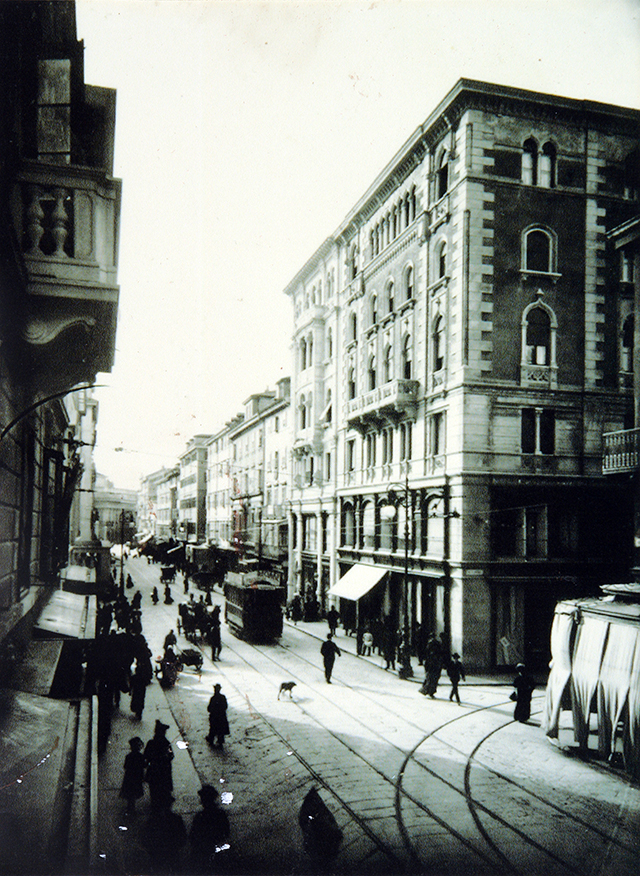 While living in this house Nora lost their third baby. The event is believed to have inspired the premature death of Bloom’s son in Ulysses.

Joyce’s sisters Eva and Eileen lived here briefly when they came to Trieste with him after two trips to Ireland. 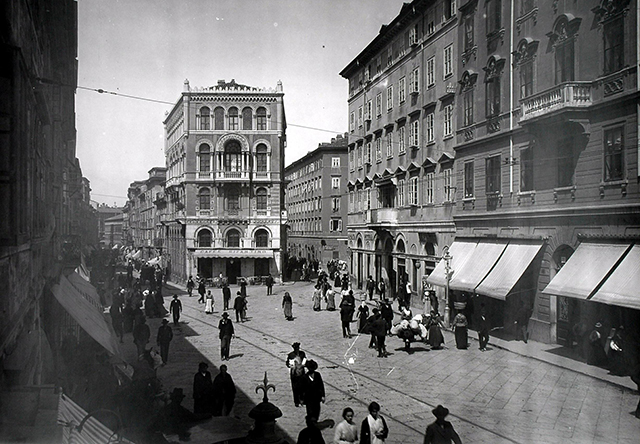 The landlord of this apartment where Joyce and his family lived was the owner of the Picciòla chemist’s shop below, that is still there today.

Here Joyce wrote Giacomo Joyce, finished Portrait of the Artist and started to work on the play Exiles and his masterpiece Ulysses. While living in this house Dubliners was finally published in 1914, after many unsuccessful attempts.

It was here that Joyce lived after returning from Zurich and it was also his last address in Trieste.

The apartment was sublet by Frantisek Schaurek, a bank clerk from Prague who in April 1915 had married Joyce’s sister Eileen. Joyce and his family lived here with the Schaureks and their two children and with Stanislaus, who had returned from four years of internment in a prison camp in Austria. Here Joyce wrote Nausicaa and Oxen of the Sun, two episodes of Ulysses, and he started to work on a third, Circe.

The Berlitz School is probably Joyce’s most famous reference in Trieste. Founded by Almidano Artifoni in 1901, the school was located on the first floor of the building in via San Nicolò 32 and consisted of four classrooms.

Joyce taught here after returning from Pula, from March 1905 to September 1906, when he left to live briefly in Rome, and then from March 1907 to the fall of that same year, when he quit his post after financial disagreements with the management. Stanislaus continued to teach at the Berlitz School even after his brother left and he eventually became deputy director.

In Joyce’s days the Stella Polare café was a popular place with the Berlitz staff. Between 1907 and 1908 it was here that Joyce read to his brother the stories he had completed and some chapters of the Portrait.
Traditional cafés in Trieste – some of which are still there today – were home to the local intellectuals. In one of his first letters from Rome Joyce noted that the cafés in Rome could not compare to the ones in Trieste. 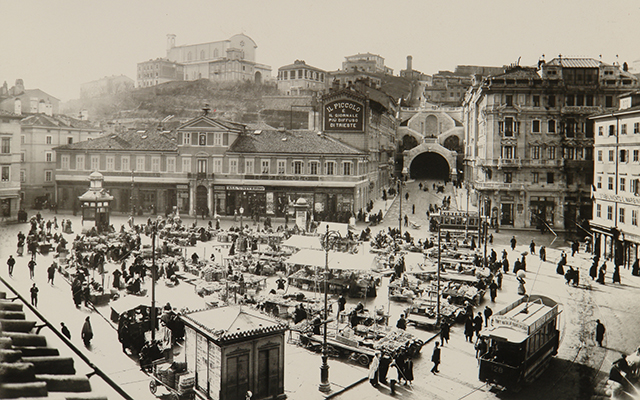 Joyce collaborated with the local daily thanks to his friendship with Preziosi, the editor-in-chief. His articles, that appeared also in the evening edition Piccolo della Sera, were written in very good Italian and presented Irish social and political issues.

The Greek community of Trieste was extremely wealthy and influent in Joyce’s time and the Irish writer counted among his students some of their leading members, like Baron Ambrogio Ralli, Count Sordina and the Galatti family. Joyce attended Greek-Orthodox religious services and delighted in comparing the rituals to the Latin ones, that he favored. 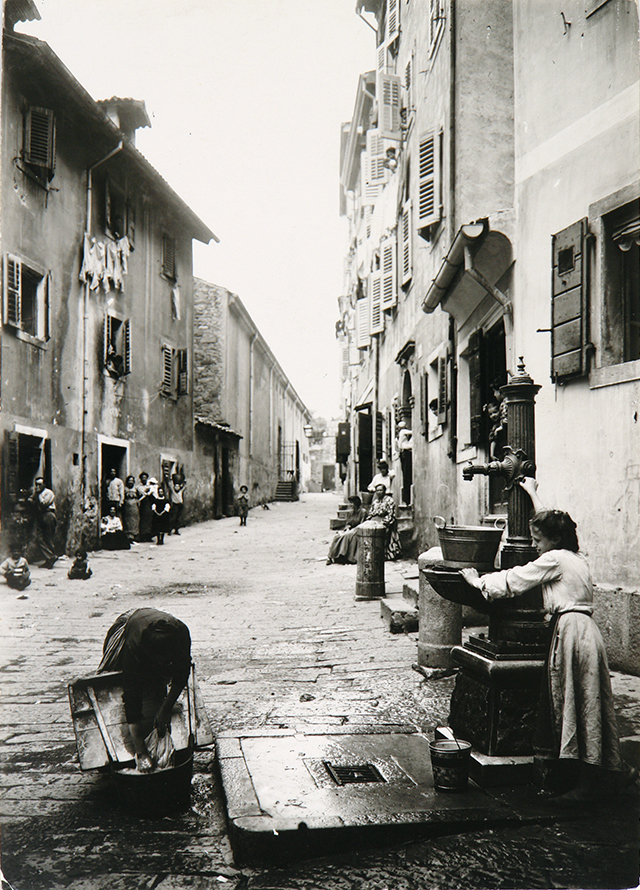 Between the Jewish ghetto and the seaside district of Cavana the old town housed no fewer than 40 brothels where 200-400 prostitutes were available around the clock. A veiled reference to the tiny brothel named “Il metro cubo” may be found in a letter from Joyce to Svevo where Joyce refers to “the houses of public insecurity” in the area. 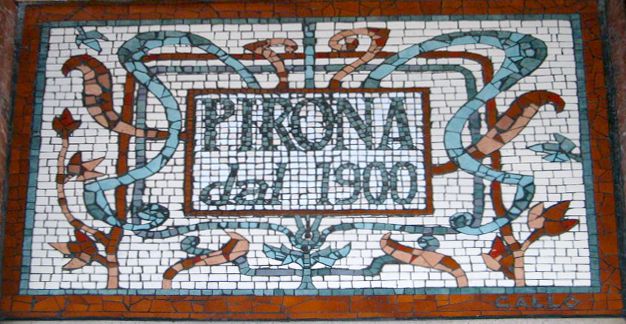 Joyce was a regular at this pastry shop, that is still in operation. It was located in front of the house above the Picciòla chemists’ where Joyce lived in 1910.

The statue is the work of the Trieste-born sculptor Nino Spagnoli and it was positioned on the bridge in 2004 to celebrate the 100th anniversary of Joyce’s arrival in Trieste. 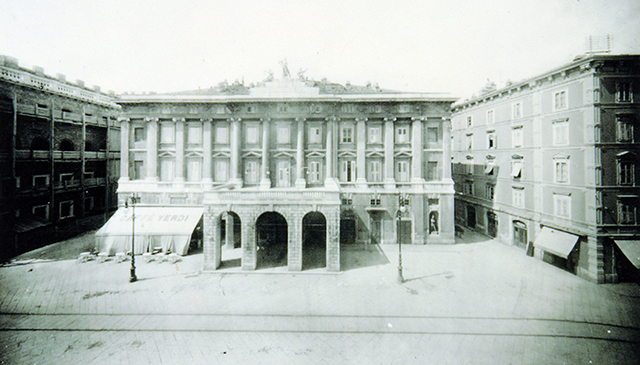 Joyce came to this theater often to see the opera, that he loved – while in Trieste he even tried to become a professional opera singer himself. His friends at the local daily “Il Piccolo” often provided free tickets to the performances.

This was the first cinema to open in Trieste in 1905, with the 15-minute film “Napoleone”. The cinema’s owner was Giuseppe Caris. Together with Giovanni Rebez, who owned the “Edison” cinema, the two became Joyce’s business partners when in 1909 the writer decided to open the first cinema in Dublin.

Thanks to Italo Svevo, in October 1913 Joyce started to teach English and business correspondence at this school. When World War I broke out many students and teachers joined the Austrian army or left Trieste for Italy, thus in June 1915 the school closed down. On 27 June of that year Joyce himself left town.
When he returned, in October 1919, he went back to teaching at the Revoltella School until 1920, when he left his post to his brother Stanislaus. 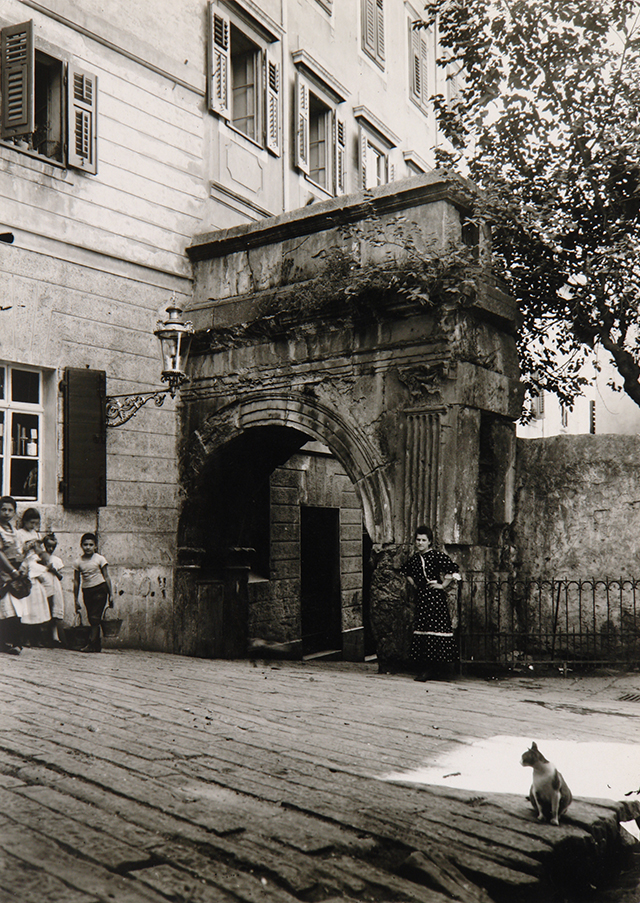 Joyce is said to have been a regular at “Il Trionfo”, the trattoria near the Arch of Richard – a Roman monument from the 1st century – where he enjoyed his favorite wine, Opollo di Lissa. It is likely that this happened while he lived in via Bramante (1912-15), as we walked down the hill of S. Giusto down via San Michele to reach the old town.